← All good things pass through The Mouth
Fashion Weak → 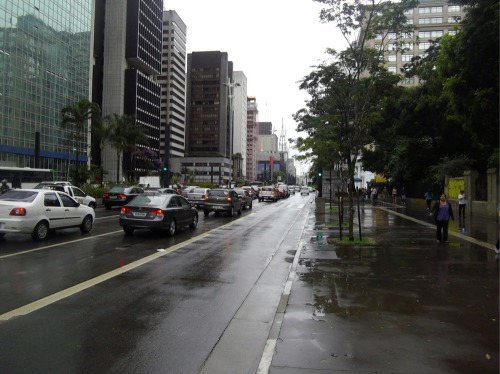 I must admit that I forgot how at odds with itself, Sao Paulo can first appear to be to a foreigner… It’s a city of the very rich living alongside the extremely poor. At every turn, a new neighbourhood or ‘bairro’ each with something unique to offer – whether shocking or exciting. From the rich streets of Jardins, where Cartier & Gucci abound, to the bustling side streets of the former red light district near Rua Augusta, to the Japanese influences of Liberdade or the historic Centro – each is unique. Then again there are other streets altogether that I just don’t feel like entering. This is a city of secrets. Its beauty has to be found, it is not apparent from the outset. It starts with the drive in from the airport, through some of the poorer neighbourhoods of the city outskirts… it’s unsettling for the foreigner to see as a first sight, but the city is yet to reveal its beauty. Keep in mind that this city and its wider metropolis contains tens of millions of people, almost the same amount of people in this one city as in all of Australia, so there is bound to be a clash of the classes as these masses of people congregate together. It’s a city that can frustrate, confuse and confound, but more more awaits for the traveller with patience, and a sense of humour. Incredible art, food, culture and friends can be found in some of the most unlikeliest places. To unlock this city’s secrets, you need to be open-minded and up for the challenge, but once you start unlocking them, you’ll find that Sao Paulo will take a place of pride within your heart. Sao Paulo, eu te amo!

← All good things pass through The Mouth
Fashion Weak →